For the most part, novelists and memoirists use the same set of tools to tell their stories. They both create vivid scenes, develop three-dimensional characters, and evoke a strong sense of place. They rely on dialogue, effective pacing, and themes. But there is one tool that is used almost exclusively in creative nonfiction: reflection, sometimes called “the reflective voice” or “the voice of experience.”

Reflection is a type of “telling” that allows memoirists to get their present-day perspective onto the page. Most strong memoirs or personal essays contain two distinct voices: the voice of innocence and the 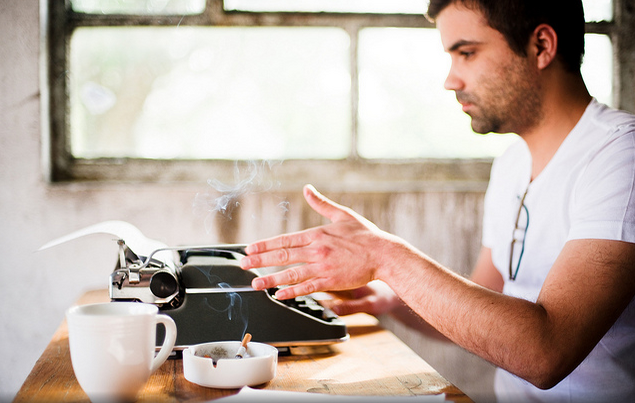 voice of experience. The voice of innocence is the voice of the character who experiences the events. In Angela’s Ashes, for instance, the voice of innocence is the child in Ireland whose brothers die, whose mother becomes distant, and whose alcoholic father can’t hold a job. The voice of experience, on the other hand, is the older, wiser reflective voice that looks back on events years later. In Angela’s Ashes, this is the adult who tells readers what these experiences mean and how they impact the character’s life in the long term. In other words, the reflective voice knows the character’s future. It appears in the text to impart wisdom and explain why the story’s events matter.

The Purpose of Reflection

The aim of reflection is to make sense of the story, but it is not used to tell the story. (The voice of innocence does that.) Memoirists use the reflective voice to make meaning—to help readers discover the underlying message of a particular scene or moment from the character’s life. The color-coded passage below, from Lucy Grealy’s Autobiography of a Face, illustrates how the voice of innocence (green) and the voice of experience (purple) work together to tell the story in a work of creative nonfiction:

[My mother] borrowed a pair of scissors from the nurse’s desk, and while I sat in a chair she snipped off what remained of my hair, my white, white scalp shining through.  We discovered for the first time that I had a large birthmark above my left ear.

The next morning my mother came in with a hat, a small white sailor’s hat, which I put on and almost never took off for the next two and a half years, even during the periods when my hair was growing back in.  Sometimes it grew several inches and was perfectly presentable as hair, but I knew it was only going to fall out again, and I refused to be seen in public without my hat.  My hat.  It became part of me, an inseparable element of who I thought I was.

My hat was my barrier between me, and what I was vaguely becoming aware of as ugly about me, and the world.  It hid me, hid my secret, though badly, and when [other children] made fun of me or stared at me, I assumed it was only because they could guess what was beneath my hat.  It didn’t occur to me that the whole picture, even with the hat, was ugly; as long as I had it on, I felt safe.  Once, on television, I saw someone lose his hat in the wind and I immediately panicked for him, for his sudden exposure.  It was a visceral reaction.

Here, the voice of innocence communicates the child’s experience—it creates a brief scene that shows the character receiving a haircut and beginning to wear a hat that later becomes central to her identity. Then, the reflective voice takes over to say things the child can’t say because she doesn’t know them yet. The child doesn’t realize her hat acts as a mask or that she is “ugly” even while wearing it. These are the adult’s revelations—things she has learned in the years since she wore a hat to hide from the world.

Beginning memoirists often fall into the trap of only using the reflective voice or only using the voice of innocence, rather than combining the two. This typically happens because they don’t feel comfortable moving between these distinct voices. However, with a little practice and the use of several effective techniques, it becomes second nature. Below are strategies adapted from memoirist Joyce Dyer’s handout “Techniques to Start Reflection in Creative Nonfiction.” These strategies can be applied in nearly all works of creative nonfiction.

The color-coded example below, an excerpt from Richard Hoffman’s memoir Half the House, illustrates the author’s smooth transition from the voice of innocence (green) to the voice of experience (purple) using the “timestamp” technique (underlined).

By the end of football season, I couldn’t bear the shame anymore.  I tried to explain to Coach Tom that as a Catholic I would have to tell the priest about [the sexual abuse] in confession.  I tried to reassure him that he didn’t have to worry, that the priest was bound by “the seal of the confessional.”  Priests had been tortured to death without revealing what was told to them in confession.

“Bullshit,” he said.  “He’d go right to your mother and father.  Think about that, you little moron.  I bet that would go over big, huh?”

After that he avoided me, and only spoke to me when he had to.  It was over.  I remember a boy named Chris was always with him after that.

So when my mother asked about the purple wound on my arm, I told her a dog had bitten me on my afternoon paper route.  She wanted to know whose dog it was.  Did it have a collar on?  There was no telling what kind of germs a stray might be carrying.  As I remember this now, I’m not convinced that she believed me, and thinking of the awful silence that came between us, I sometimes feel as desolate as I did back then, when the winter sky slipped away to dark blue and I hurried to get The Evening Chronicle on a mile and a half of doorsteps before it grew too dark to see.

The word “now” is a signal to the reader, a flashing neon sign showing that the narrative has jumped forward in time from a childhood memory to the adult narrator’s reflection on that memory. This shift from the voice of innocence to the voice of experience doesn’t call attention to itself, but it does allow the memoirist to include knowledge and feelings the child wouldn’t have been able to articulate. It also helps readers to understand the long-term impact of the lie and the feelings it created—again, things the child couldn’t have known in the moment.

Reflection is a key element of most memoirs and personal essays. Therefore, it’s an essential skill for writers of creative nonfiction to develop. When writers move seamlessly between the voice of innocence and the voice of experience, they add depth to their work and help readers connect to the characters’ experiences on a deeper level.