“Cover letter” by bearstache is licensed under CC BY-SA 2.0

“Do I need a cover letter?” is one of the most common questions I hear from clients who are interested in my resume writing services. I understand why there’s so much confusion. Most recruiters claim they either skim or don’t read cover letters, and there’s no consensus among hiring managers—some love them, but others throw them in the trash unread. With all of this conflicting information, how do you decide whether it’s worth the time and effort to craft a cover letter? This is an important question. Before exploring that, however, it’s helpful to understand the purpose of a cover letter. It’s also useful to understand which strategies work in a cover letter and which tactics are ineffective.

Just like your resume, your cover letter is a marketing tool. Its job is to convince the employer that you’re worth considering for the position—and that it’s worth it to spend more than the standard six seconds glancing at your application materials. An effective cover letter will grab attention by demonstrating your interest in the company, highlighting your most relevant accomplishments, and showing that you’re a good fit for the job. It can also humanize you in a way that a resume, with its sentence fragments and its focus on your career history, cannot. For instance, your cover letter is the perfect place to explain why you want to change industries or why you haven’t been employed for the last two years.

A lot of people make the mistake of submitting a generic cover letter with their job application. If the letter reads like you copied and pasted it from Google, or if it’s clear you’re sending the same letter to every potential employer, this will hurt more than it helps. At best, the employer will get the impression that you’re applying for numerous positions and don’t have any special interest in this particular company or role. At worst, the employer will think you’re lazy and take shortcuts. Either way, it’s a poor first impression, and the odds of being invited to an interview are low. 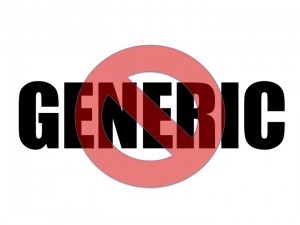 Instead, customize your cover letter for each role. This doesn’t mean you have to start from scratch each time, but it does mean taking a few minutes to modify your letter. For instance, mention the specific job title and company name. Also include a few sentences to say why you’re attracted to this particular role or company—for instance, you might briefly explain why the company’s mission resonates with you or why you’re enthusiastic about a particular project you’d be working on if you were hired. You could also talk about why the company’s culture appeals to you, or why you respect the employer’s business practices. The possibilities are endless, but it’s crucial to show that you’re familiar with the company and the job, and it’s essential to demonstrate your excitement.

It’s also smart to address the cover letter to a specific person—the hiring manager or head of the search committee. This information isn’t available in most job posts, but you can typically find it by contacting the company. Taking this extra step and sending a letter that’s addressed “Dear Ms. Jones” instead of “Dear Hiring Manager” will make your application stand out, and it’ll portray you as a candidate who is willing to go the extra mile. This is exactly the type of first impression you want to make.

Finally, it’s wise to name-drop and/or mention your connections to the company. This isn’t always an option, but you should take advantage of it when you can. If a current employee encouraged you to apply, say so. If you attended the CFO’s presentation at an industry conference last year, say so. If your brother-in-law works in another department, say so (as long as he’s liked and respected by his colleagues). It’s human nature to make connections and favor the people we feel connected to, so you have an advantage if you’re able to build bridges between yourself and the company.

Don’t Say Too Much

While you certainly want to discuss your interest in the company and job, don’t be too forward in your cover letter. Some candidates use their letters to present ideas for how they will improve the company if they’re hired. This seems logical since “what changes would you make if we hire you?” is a common interview question. However, offering unsolicited suggestions is a huge turnoff—you’re jumping the gun by presuming that the company is interested in your ideas. Uninvited criticism is rarely well-received, and it won’t work in your favor.

Another faux pas is simply regurgitating your resume. While you certainly want to mention your most relevant skills and achievements to pique interest and demonstrate your qualifications, you don’t want to merely rehash your career history. That’s what your resume is for, and employers will feel like you’re wasting their time if you do this. Your goal is to generate interest, not irritate the people who will decide whether to interview you.

Is a Customized Cover Letter Worth It? 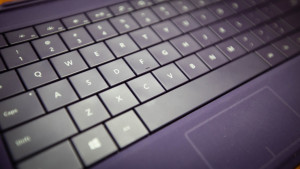 As you can see, an effective cover letter isn’t something you can whip up in just a minute or two. It takes time and effort to think about which unique, customized points will have the greatest impact for each individual role. Then, it takes more time to write them down. You may think it’s not worth the effort when many professionals have gone on record saying cover letters don’t factor in their hiring decisions. It’s true that even the most brilliant cover letter won’t pay off in these situations. But what about the hiring managers who do read cover letters? If you send a generic letter—or no letter at all—you have a 0% chance of impressing the decision-makers.

The challenge is that you can’t predict when your letter will be read and when it’ll be ignored. For this reason, I urge my clients to err on the side of caution and always send a cover letter that is tailored to the position. Once you’ve customized a few letters, you’ll find that it gets easier. You’ll also discover that it’s not as difficult to modify the letter as it might initially seem. As long as you’ve done your homework to learn about the company and the job, you’ll be able to express genuine interest. (Remember, you’ll ultimately have to do this homework anyway in order to ace the interview.)

When I applied for my first job after graduate school, long before I learned the art of resume and cover letter writing, I applied for 28 positions with 28 separate employers. Each one received an identical resume. (A curriculum vitae, actually, since I was seeking jobs in academia.) More than 20 of the employers also received nearly identical cover letters; beyond changing the job title and employer name, I didn’t customize my letters at all. I received only two interviews—a pretty low success rate. Not coincidentally, the employers who interviewed me had received a tailored cover letter. (Customizing works!) After I was hired by Lakeland University, my new boss told me my enthusiasm for the role had been clear in my application. It made me stand out from other candidates and gave me a strong edge. I wasn’t the most qualified candidate and I certainly didn’t have the most experience—but my cover letter overcame those barriers. It was well worth the time I spent on it because I landed the job.

How Can I Help with Your Cover Letter? 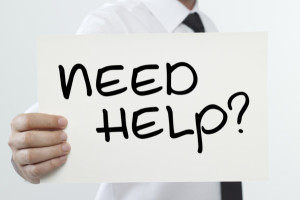 The prospect of writing a unique cover letter to accompany each job application probably seems daunting, but it doesn’t have to be. I’ve helped numerous clients by creating customizable cover letter templates specifically for their job searches. When you work with me, this template will help you to avoid sounding generic. You’ll be able to personalize each letter you send, and it’ll only take a few minutes—I’ll do the bulk of the work by creating the structure and writing most of the content. I’ll also provide clear instructions about the type of tailored material to insert and show you where in the letter to include it.

Adding a cover letter won’t substantially increase the cost of your project, but it will increase your chances of success when applying for a job where your cover letter has the potential to make a difference. Send me a message to get a quote or ask specific questions about your project and your job search. I look forward to hearing from you, working on your materials, and helping you land your next role.