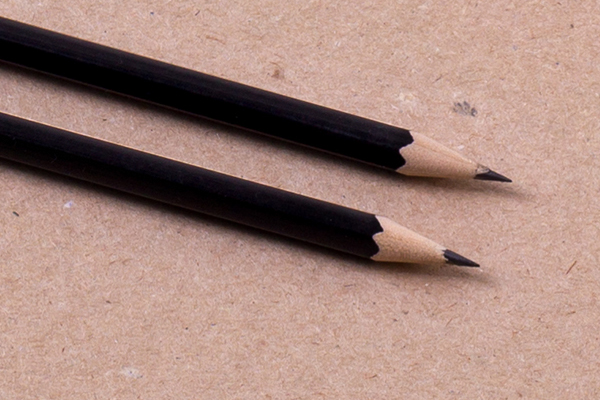 Whether you’re enrolled in Creative Writing 101 or you’re working on your tenth novel, you’ve probably been told to “show, don’t tell.” But what does your teacher/editor/agent/critique group actually mean when advising you to show rather than tell? Anton Chekov, a master of the short story form, explains it by saying, “Don’t tell me the moon is shining; show me the glint of light on broken glass.” Or, put more simply, use specific details to paint a picture.

Many beginning writers have difficulty applying the “show, don’t tell” concept because they don’t understand the difference between showing and telling. This is because both techniques can be used to convey the same information. Below are two passages that express the same content, but in different ways.

Telling: My family was poor.

Showing: We couldn’t even order pizza on special occasions without digging through the couch cushions to collect the spare change that had fallen from Daddy’s pockets.

The “showing” passage—the one about digging for change—uses specific details to illustrate the family’s poverty and help the reader imagine it. This makes readers feel as if they’ve witnessed an intimate family moment. The “telling” passage, on the other hand, is generic and doesn’t give readers a good sense of what things were really like for this family.

Theater can also help to illustrate the differences between showing and telling. Many plays begin with a narrator who stands in front of the closed curtain while describing background information necessary to understand the story. Then, the narrator walks off stage and the curtain goes up, revealing scenery and actors who move about the stage while speaking to one another. The narrator in front of the blank curtain is “telling” and the actors on stage are “showing.”

Few people would be interested in attending a play where the curtain never goes up and the narrator tells the whole story. Similarly, few readers are interested in a novel or memoir that’s composed almost entirely of “telling” passages. If you’re writing fiction or memoir, it’s critical to master the art of “showing.” Imagine your book as a play. Place your characters on the stage in front of some scenery. Use dialogue to capture their conversations. Use details to describe their actions. When you do all of this, you’re showing. And when you show, readers witness the story as it unfolds.

Novelist Jack M. Bickham makes a strong case for showing rather than telling: “Don’t lecture your reader; she won’t believe you. Give her the story action, character thoughts, feelings, and sense impressions as the character would experience them in real life. Let her live the story for herself as she lives real life, by experience.”

A lot of writers resist showing in their work because they think it’s difficult or time-consuming. And it’s true that showing takes up more space on the page, which means it takes longer to write. In a memoir, showing can also make writers feel vulnerable because it requires them to share details from their lives.

Fortunately, showing isn’t as challenging as it might initially seem. To “show,” simply describe what your characters say and do. Also describe the setting—in other words, provide details about the location where the action takes place. As you’re describing, be sure to tell readers how things look, sound, smell, taste, and feel.

Besides being more fun to read, showing has other benefits. For instance, it helps readers to remember what happens in the book. (It’s easy to forget plot points, even important ones, when they’re “told.”) Showing also helps readers to connect with your characters, understand why they do the things that they do, and make them into likable people.

Even though showing is a crucial technique that brings novels and memoirs to life, it isn’t the only technique that writers use. Telling is also critical in a successful novel or memoir. For instance, some writing teachers and editors say that a memoir or novel should be roughly 80% showing and 20% telling. (This is just a general guideline and not an unbreakable rule.)

Telling is an effective tool, but only when it’s used appropriately. Therefore, it’s important to know when to tell. Suspense writer James Scott Bell explains by saying, “Sometimes a writer tells as a shortcut, to move quickly to the meaty part of the story or scene. Showing is essentially about making scenes vivid. If you try to do it constantly, the parts that are supposed to stand out won’t, and your readers will get exhausted.”

In other words, telling is a way to summarize—to condense the unimportant parts of a narrative. Telling allows writers to quickly move between Plot Point A and Plot Point B so the story can progress. For instance, a novel chapter might describe the day a character is diagnosed with terminal cancer. The chapter might open in the doctor’s office. Then, after a quick stop at the supermarket to buy ice cream, the character might call her daughter to share the news. The writer could use scenes to show the character receiving the news from her doctor and later show her crying with her daughter as they talk on the phone. The writer could also tell readers that the character stopped at the store between these two events. If nothing important happens at the supermarket, readers don’t need to witness the character parking her car, walking up and down each aisle, contemplating the various ice cream flavors, going through the checkout line, and stopping at three red lights on the way home. These details just aren’t important. Here, summarizing—telling—makes sense.

There’s also a specific type of telling, called “reflection,” that is an important tool in memoir. It isn’t discussed in this article, but you can read about it here.

Once you understand the difference between showing and telling and know when to use each technique, it becomes easy to apply these principles in your own work. Next time an editor or a member of your critique group writes “show, don’t tell” in the margins of your manuscript, recognize it as an opportunity to create stronger characters, write more engaging scenes, and make your prose more memorable. Also keep in mind that “show, don’t tell” doesn’t mean telling is forbidden—it just means you should dramatize all of the story’s key moments and reserve telling for information that’s best dispensed quickly and without drawing much attention to itself. Happy writing!